Khloe Kardashian: Everyone Just Be Nice to Me, OK?! 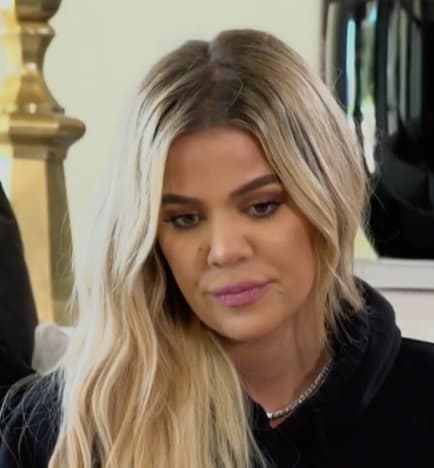 How long do you think it takes to get over your boyfriend, the father of your child, cheating on you with your little sister’s best friend?

Hopefully Khloe will get back to us on that, whenever it happens.

Yep, the most tragic Kardashian is still reeling from the news that Tristan Thompson got a little more than friendly with Jordyn Woods, Kylie’s best friend.

Even though Tristan has cheated on her before, at least twice, this one has to cut a little deeper, right?

For one, he didn’t even care to creep on a girl that didn’t have close ties to the family.

And for two, this is the first time that he’s cheated with someone she knows personally.

It’s got to be a tough pill to swallow, so it makes sense that she’s having a tough time doing so.

Khloe’s been a little less than graceful about all this — if you need an example, just look to the time that she tweeted at Jordyn, calling her a liar after her big interview, the one where she said that Tristan kissed her on the lips and that was all.

“If you’re going to try and save yourself by going public,” Khloe wrote, “INSTEAD OF CALLING ME PRIVATELY TO APOLOGIZE FIRST, at least be HONEST about your story.”

“BTW,” she added, “You ARE the reason my family broke up!”

Later she acknowledged that Tristan was the one to blame for tearing apart the family, but still, it was pretty harsh.

But now, in a new statement, Khloe is asking everyone to just please be kind and sweet and loving to her, please.

She made the statement on Instagram, and she kicked it off with a quote that read “Your perception of me is a reflection of you.”

She then wrote “Be aware of your words. What you say does matter. Become more aware of the negative things you think and say.”

“What does it actually accomplish by criticizing somebody else?” she asked. “Do you have any concept of how positively it can change someone’s day to receive a compliment or words of encouragement?”

“Try to choose your words wisely. What you say to others says much more about you than it does about them.”

She turned the comments off on the post, which was probably a good thing.

Because judging by the way Twitter reacted, people had a lot of feelings about this statement.

“That’s rich coming from her,” one person tweeted. “She’s always been nasty on the show and nasty on social media. She hides behind those inspirational bs pics.”

“She has some nerve,” another person wrote. “Tried to ruin a young woman’s life and career. Over a man who didn’t want you. So back at ya. Stay off social media. Not your friend.”

Yet another critic summed things up by saying “Sooooo she’s once again trying to blame others for the negative reaction she got for placing blame on Jordyn instead of her child’s father.”

“Girl just stop already! Accept being rightfully drug for your scapegoating the way you accept Tristan back every time he cheats!”

We hate to say it, but these people aren’t wrong.

It really was bizarre of Khloe to write that big long thing about choosing your words wisely and being aware of negative things you say after what she said about Jordyn.

Who, in case you forgot, is a 21-year-old girl that her boyfriend chose to pursue.

Maybe going forward, Khloe can think a little more before going off, because it’s obviously not working in her favor.