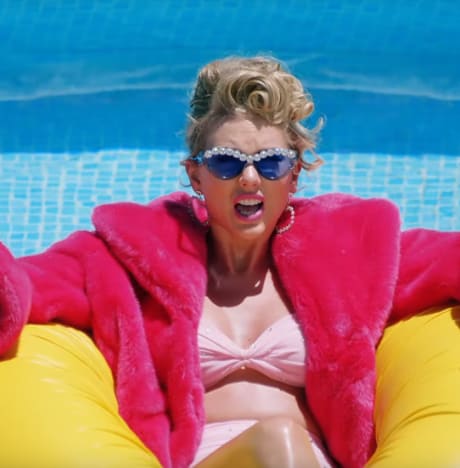 If you’re a Swifty a Belieber or simply someone who takes an interest in the latest goings-on within the music industry, then by now you’re probably aware of the bad blood between Taylor Swift and Scooter Braun.

In case you’re not caught up, here’s a brief rundown of how it all got started:

In a move that surprised many industry insiders Braun — who is best known as the manager who “discovered” a talented Canadian kid named Justin Bieber — purchased Big Machine Label Group, which owns the masters to Taylor’s first seven albums.

In a lengthy Tumblr post, Swift described the news as her “worst case scenario.”

“For years I asked, pleaded for a chance to own my work. Instead I was given an opportunity to sign back up to Big Machine Records and ‘earn’ one album back at a time, one for every new one I turned in,” Swift wrote.

“I walked away because I knew once I signed that contract, Scott Borchetta would sell the label, thereby selling me and my future. I had to make the excruciating choice to leave behind my past.”

Swift went on to reveal that she learned of Braun’s acquisition by reading about it online after the news was made public Sunday morning.

It’s an awful situation and a nightmare for any artist with such a sizable and valuable body of work.

And it’s not at all surprising that Taylor is lashing out at the parties responsible.

In the same Tumblr post, she went on the offensive against Braun’s longtime friends, Kim Kardashian and Kanye West.

“Like when Kim Kardashian orchestrated an illegally recorded snippet of a phone call to be leaked and then Scooter got his two clients together to bully me online about it,” Swift wrote.

“Or when his client, Kanye West, organized a revenge p0rn music video which strips my body naked. Now Scooter has stripped me of my life’s work, that I wasn’t given an opportunity to buy.”

Yes, as you may recall, Swift’s beef with Kanye led to a feud with Kim Kardashian that has yet to be settled.

And apparently, Kim regards the events of the past 24 hours as a personal victory.

A source tells Radar Online that Kim “has been telling her sisters that she feels vindicated now.”

“She loves the fact that she played a part in Taylor’s takedown,” the insider claims.

“Taylor got the rug swept from under her, and regardless of if she lied or not, Kim thinks Taylor still lost big.”

Taylor is undeniably in the right from a moral perspective, but the public may never see it that way thanks to the A-list names who are fighting on Braun’s side.

Already, Bieber has lashed out at Swift and accused her of bullying Braun and attempting to sic her sizable fan base on his mentor.

Swift has the support of several fellow artists, including Halsey, who promptly spoke out on her behalf.

The united front of Kim, Kanye, Justin, Demi, and arguably the world’s most successful talent manager is a lot to go up against — and Taylor might be outmatched in this battle.