TVMaskBest Source for Celebrities News, Movies & TV Shows
HomeTrendingKylie Jenner: I Never Had Any Privacy So Neither Will My Daughter!
Trending

Kylie Jenner: I Never Had Any Privacy So Neither Will My Daughter! 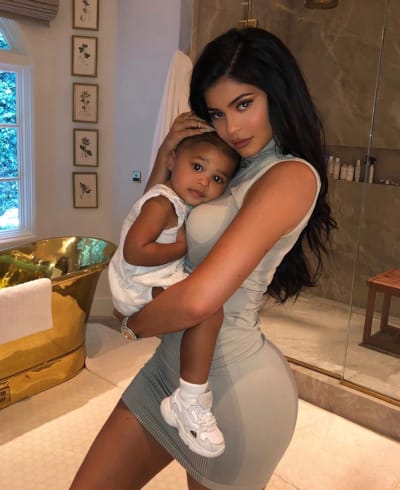 Then again, little Stormi has already experienced more media exposure than some stars who have spent decades in the industry.

Of course, there’s been considerable debate over whether or not that’s a good thing.

Kylie grew up with little to no privacy, and we think it’s safe to say she turned out alright.

After all, debates about the meaning of “self-made” notwithstanding, becoming the world’s youngest self-made billionaire is pretty impressive.

But we all know that for every child star who grows up to be a great success, there are several dozen that burn out before they reach adulthood.

So is Kylie taking a risk by putting her daughter in the spotlight at such a young age?

Well, she certainly doesn’t seem to think so — though she’s the first to admit her own upbringing presented a slew of unique challenges.

Kylie covers the new issue of Harper’s Bazaar Arabia, and she’s joined in the pictorial by her mother and daughter.

Asked about the obstacles she’s faced in the limelight, Kylier admits it wasn’t always easy:

“Honestly, I don’t remember a time when I did have privacy because we started our show when I was 9 years old,” she tells the mag.

“I feel like I just grew up in it and so I figured out a way of living that is comfortable for me,” she adds.

These days, in addition to being a new mom and a reality star, Kylie is one of the most successful moguls in the world of cosmetics.

That’s a lot to take on at 21, but Stormi’s mom says she’s figured out the perfect work-life balance.

“But I feel like I’ve learned how to pull back when I need to,” she reveals.

“I love my fans and we have such a strong relationship. I do love sharing and inspiring and bringing people into my life. I feel like I was definitely made to do what I do.”

Kylie credits her own mother with teaching her how to pull off such a tricky balancing act, and she says the solution to not getting overwhelmed is simple:

“I’ll take the week off and spend more time with Stormi, or I like to go on trips when I’m feeling overwhelmed,” she explains.

“I just have my little message in life. I feel that we all do, even if you’re not famous,” Kylie adds.

“As human beings, we get stressed out and we all have our little way of coming back together.”

While we’re sure the debate will continue over how young is too young to kick off a kid’s media career, it sounds like Kylie’s got a lot of wisdom to pass on to little Stormi!

And we’re sure she owes much of what she’s learned to the world’s most famous momager!