Kylie Jenner: Is She About to Dump Travis Scott? 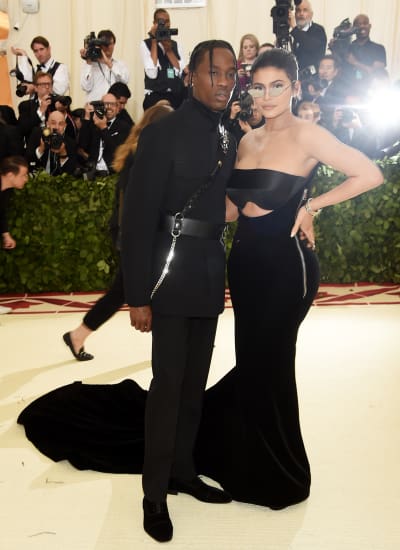 Kylie Jenner has a major decision to make when it comes to Travis Scott.

But it’s not the one we thought she’d be making just a few weeks ago.

On many occasions of late, we’ve been wondering whether Kylie was preparing to accept a proposal from her rapper of a boyfriend and baby daddy.

Heck, we’ve even speculated on whether or not the couple was already engaged, based on various social media posts and photos.

But suddenly everything surrounding this famous twosome has changed.

Suddenly, the question fans are now asking themselves is this:

Is Jenner about to break up with Scott?!?

This topic is a hot one among those on the Internet because TMZ published a bombshell article this week; it alleged that Scott has been cheating on Jenner.

Or, to be more specific, it alleged that Jenner now thinks Scott has been cheating on her.

According to this report, Kylie discovered some sort of “evidence” last week that convinced her Scott was being disloyal.

She discovered this evidence while the two were hanging out at her home, prompting us to think the proof in question had to have been text messages or emails from another woman.

The issue led to such an explosive argument between Jenner and Scott that the latter canceled his concert in Buffalo for Thursday night.

He chose to remain in Los Angeles instead in order to settle this dispute once and for all with Kylie.

“Travis Scott vehemently denies he cheated on Kylie. It is not true. He did not cheat,” a rep for the artist said in response to this allegation. “He cancelled one show tonight because he is under the weather.”

Again, TMZ emphasizes this isn’t true; it insists that Scott axed this show in order to work things out with Kylie.

Perhaps. For the time being, at least.

An insider tells the aforementioned celebrity gossip website that Jenner is not prepared to blow up her family. She isn’t ready to kick her baby daddy to the curb… not yet.

This stunning development, of course, comes just as Khloe Kardashian finally was given no choice but to make the opposite decision with Tristan Thompson.

After her baby daddy was caught cheating once again (with Kylie’s best pal, Jordyn Woods!), Khloe at last dumped Thompson once and, hopefully, for all.

And it’s very possible Jenner does follow the suit of her half-sister; she just isn’t ready to do so yet.

As for what this so-called cheating evidence consists of?

An anonymous informant has told Radar Online that “a woman claiming to be Travis’ side piece” alerted Jenner to her affair with Scott a couple days ago.

“The woman had no proof, but Kylie flipped out,” this source says.

Stay tuned to The Hollywood Gossip for the latest on this crazy story!

Share
Facebook
Twitter
Pinterest
WhatsApp
Previous article
Take a Look Back at Lupita Nyong'o's Most Stylish Moments as We Toast to Her 36th Birthday
Next article
A Lesson On How To Suit Up, Courtesy Of The Jolie-Pitt Family