Lala Kent on Tom Schwartz Calling Her a “Bootleg Housewife” 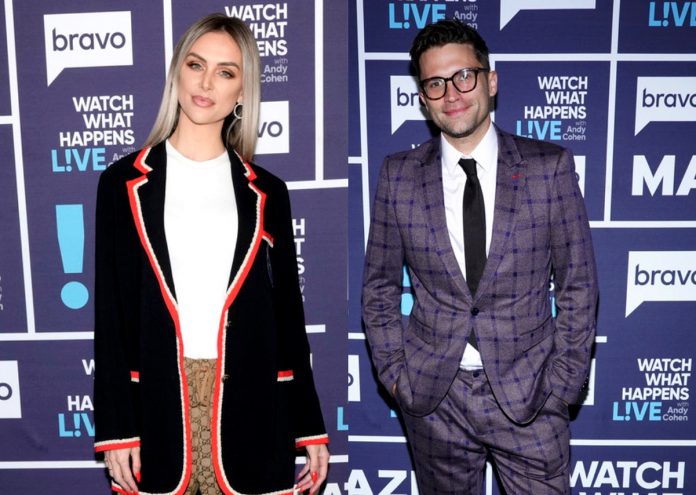 Lala Kent is speaking out about a heated moment between herself and Tom Schwartz that was previewed in the recently-released trailer for Vanderpump Rules season 10.

After Tom was seen lashing out at Lala, slamming his castmate as a “bootleg Housewife” amid his messy split from now-ex-wife Katie Maloney, Lala addressed the tense face-off while appearing on the podcast of their former co-star, Kristen Doute.

As she discussed how the new season would bring up feelings of old on the January 18 episode of Sex, Love, and What Else Matters, per Heavy, Lala put a spotlight on Tom’s diss, noting that she wasn’t insulted by his comment.

“Even Schwartzy in the trailer pulls out an OG line of calling someone a bootleg something. This season I am apparently a bootleg housewife. And you know what, I am a bootleg Housewife. Not an insult. That’s more of just a fact,” Lala said.

Although it is unclear what prompted the spat, Lala made it clear she was not a fan of Tom’s hookup with their co-star, Raquel Leviss, shortly after it reportedly went down. In fact, she told Radar Online she was flat-out “grossed out” by their encounter in September 2022.

Then, the following month, Lala targeted Raquel’s intelligence after learning she vocalized that she was not against a potential future hookup between Lala and her ex-fiancé, James Kennedy.

“Things aren’t firing up there for [Raquel] so nothing that comes out of her mouth is strange to me because I’m like, this tracks. This absolutely tracks,” Lala explained on her podcast.

While speaking to Us Weekly last year, Tom admitted that filming season 10 was “emotionally taxing” due to his then-ongoing divorce from Katie.

“I think we hit a rough patch toward the end. We had a falling out. But I think we’re good now,” he revealed of his relationship with Katie, who will be seen dating in the new episodes.

Also on the podcast episode, Kristen, who was fired from Pump Rules in June 2020 after being accused of racist behavior toward former castmates Faith Stowers, said she is excited about the new season.

“The trailer for Vanderpump came out, I am not salty, I was like hot d-mn, jaw-dropping, that sh-t was good,” she admitted.