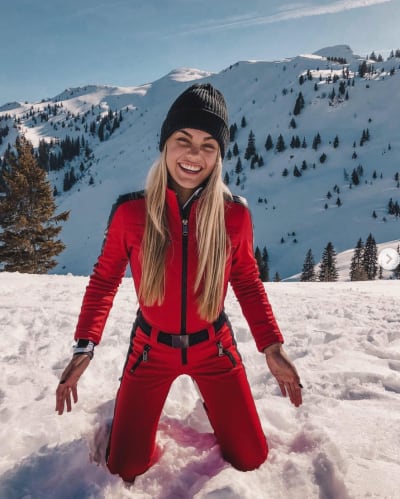 A former Miss Teen Universe has tragically passed away at the young age of 19.

Model Lotte van der Zee, from Holland, was on a family ski trip when she suffered a fatal heart attack.

“Our pearl, our everything passed away on Wednesday evening March 6th at 22:47,” they captioned the post.

“It is incredibly surreal that our dearly beloved Lotte is not around us anymore. Our hearts are truly broken.”

The Dutch model passed away a day before her 20th birthday, according to E! News.

During the family trip to Austria, her parents spoke with a Dutch newspaper where they reported that “Lotte started to feel unwell throughout the course of the afternoon.”

They said their daughter had been out with friends the night before her heart attack but that she had returned “cheerfully and without health complaints.”

But she did not show up for breakfast the next morning and when her parents went to check on her, they found her sick in bed.

They wrote on Lotte’s Instagram account that her sickness “swiftly escalated in sudden cardiac arrest” later that day.

She was resuscitated by her mother and rushed to a nearby hospital before being placed into a coma where she was kept asleep under intensive supervision by the doctors in order to monitor her health.

The young model was then transferred to a special hospital in Munich, Germany where she began suffering organ failure, according to reports.

Since their daughter’s unexpected passing, her parents have received an incredible amount of messages.

“We would like to thank you all again for all the support and heartwarming messages.”

The 19-year-old won the Miss Teenager Universe title back in 2017.

The pageant’s social media account sent their sympathy, writing, “Losing someone we loved is not easy, but knowing that we have been able to be part of her life, it has been [an] amazing journey,” they wrote.

“Our deepest condolences to your family and friends.”

Her family told the newspaper that tests are still being carried out to determine what exactly caused her heart attack.

Our thoughts and prayers go out to Lotte’s family and friends at this time.