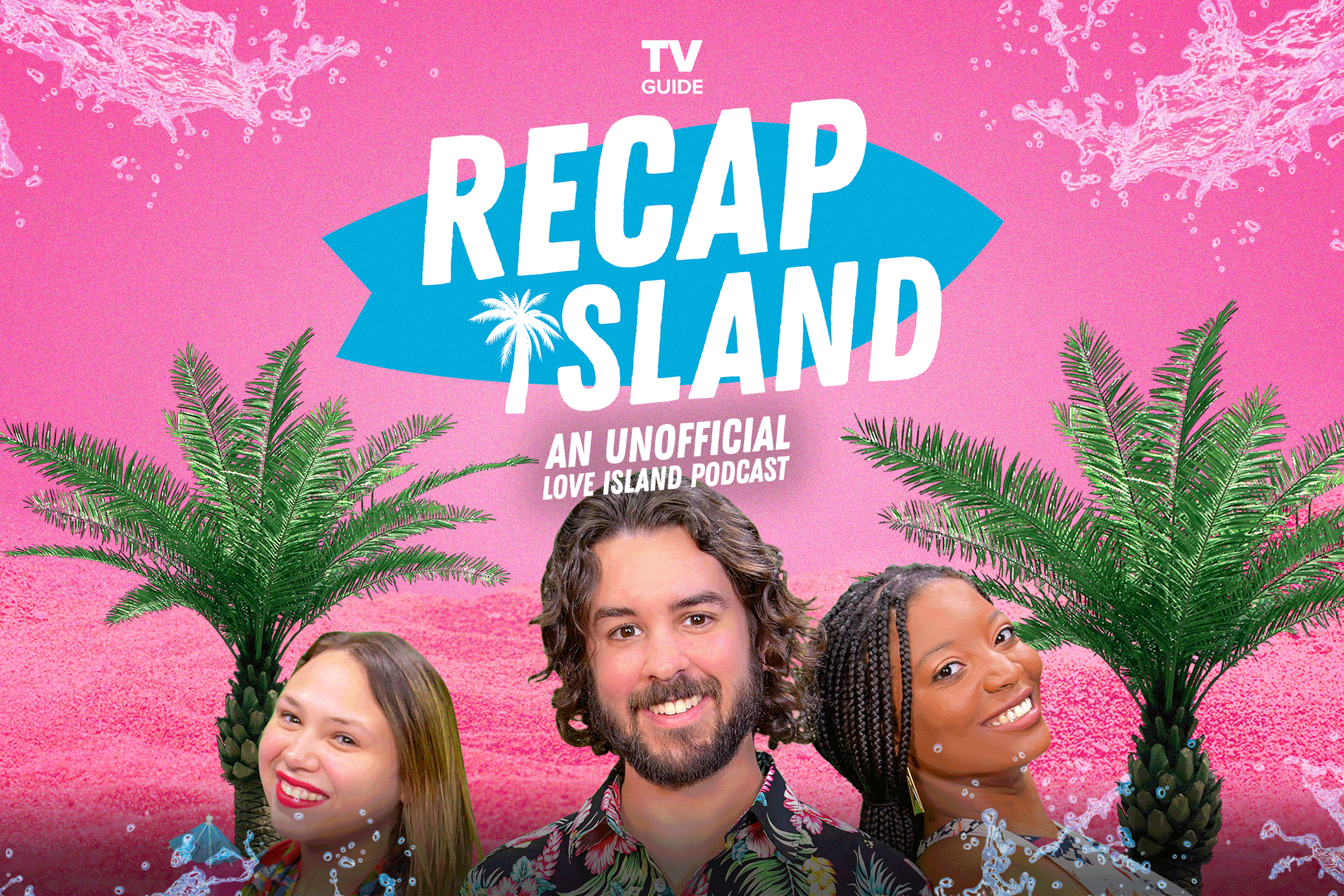 Unless you’ve been living under a wi-fi-blocking rock for the past few years, you’ve likely heard of Love Island. The U.K. reality show is a massive hit — and, thanks to Hulu, has been available to U.S. audiences, too. I will admit: I have not watched Love Island despite friends and fellow entertainment writers declaring their adoration for (and addiction to) it. I have no good reason for not watching the U.K. series. I’m a sucker for reality TV and will argue with anyone who tries to say Bachelor in Paradise is better than the late great Bachelor Pad. (And I sometimes even admit to watching Are You the One?)

So like I said, I had no reason not to watch the U.K. version. But once CBS decided to tease its five-night-a-week version during my beloved summer show Big Brother, I decided to give it a try. (And let’s be honest, BB21 is shaping up to be a dud of a season, so why not take a sexy escape to Love Island?)

So for four weeks (an abbreviated version of the original), we — both the uninitiated and the hardcore fans of Love Island — will be watching sexy humans who “packed more abs than shirts” for Fiji and are there with the goal of finding love.

As we recap everything going down on Love Island USA, we’ll be adding to these weekly recaps every night, so check back right here all week for the latest drama.

Picking up where Wednesday left off (Alana had just kissed Yamen in Spin the Pineapple, a game that’s like a sexy Truth or Dare), Yamen tells her he felt like she took that step before he was ready. He doesn’t have “that spark.” So to fix that, Alana asks if she can snuggle. Later when they go to bed, they stay on their own sides –unlike Kyra and Cashel and Elizabeth and Zac, who … cuddle.

The next morning two guys arrive to hopefully spice things up at the villa. We meet Cormac, 26, a promoter who lives in New York and is bringing in Irish charm. Dylan, 25, from Long Island wants a girl who is “athletic” and doesn’t mind his dance moves. Caro and Alexandra are most excited about the “two new packages” who have arrived. Michael is the most insecure about them since he’s been clicking with Caro. And now Cormac is clicking with her. The bottom line is: This makes the guy-girl ratio in the house 7-6. And from what Cashel can gather, that means a guy will be leaving now. He’s good at math.

Alexandra and Dylan talk. Kyra and Cormac chat. Cashel does the backstroke in the pool. Mallory and Dylan talk about how much he likes Alexandra and how much she likes John Mayer. All the OG guys get in a bed to discuss what’s happening. Thank goodness America’s votes are in, so someone has something to do. Dylan is going on a date with Alexandra, and Cormac is going with Caro.

When the dates end, the two guys gets a text informing them to choose another girl to go on a date with that evening. Dylan asks Mallory, which could put her in a bad spot with her BFF Alexandra. Elizabeth gets a text from Cormac, which could make things awkward with her and Zac. We’ll find out together tomorrow night!

Aaaand we’re back! The narrator is working really hard to entertain us while we watch Kyra debate her decision. I’m told that the narrator of the U.K. version, Iain Stirling, is part of what makes this show so great. I’m not quite feeling that on this side of the pond yet.

Anyway, Kyra chooses Cashel. Caro is clearly upset, but she chooses the high road and compliments Kyra on her choice — until Kyra leaves for a date with Cashel. Then Caro says she thinks it’s shady that the two didn’t talk to her about it beforehand. “Don’t do this to people — it’s not OK,” she says, like someone who’s never watched a reality show ever.

The next day, the Islanders play a game called Excess Baggage. Each girl opens a suitcase that contains a secret about a guy. Most importantly, we learn that Zac left a girl in bed to hookup with his ex. Elizabeth is upset because that exact thing happened to her. She confronts him about it, and he says it’s the worst thing he’s ever done. Clearly she forgives him because later they make out.

See you back here Thursday night when we will meet two new guys (and who in America cared enough to vote who gets to go on a date with them).

TUESDAY
Arielle Vandenberg, whom you might recognize from Vine (RIP) or one episode of How I Met Your Mother, is the show’s host. At 32 years old, she’s basically a sage old woman to these single ladies, who arrive in bikinis riding atop jeeps like they’re at an Arkansas homecoming parade. We have…

Caro, 21, is a marketing student who lives in LA. She loves dating apps and says Love Island is like a real life dating app.

Alexandra, 26, is a publicist who also lives in LA. Her last boyfriend cheated on her, so she hasn’t been ready to open up, but she’s totally open for traveling to the South Pacific to find a man.

Mallory, 26, is from Portland and is an equity analyst for a “sportswear company.” She has gone on many dates, but then guys … disappear. Guys can’t ghost her here. “There’s nowhere to run, and I will find you,” she warns.

Alana, 21, is a student from Connecticut. She’s all about good vibes — and she has a self-professed nice butt. She’s never had a boyfriend, only “situation-ships.”

Elizabeth, 24, lives in New York and works in advertising. She talks about the stomach flu in her opening package … not sure why, and I couldn’t focus on anything after that.

After arriving in Fiji, the guys enter the Villa and find the five ladies standing there. The men must pick one to couple up with. We get to learn a bit about them first, though. We meet…

Cashel, 28, who is from Sacramento, California, and is a drummer. He has layers to him — he talks about philosophy, and he hasn’t found someone to match that energy. NONE of the ladies step forward to say they think he’s a match. It’s his choice, though, so he couples up with Caro.

Yamen, 24, is from LA and does real estate. He says women will be drawn to him because of his “genuin-ity,” which is a word in his vocabulary. His mom set high standards for him (uh oh). Alana is the only woman to step forward for him, and I think the other girls must have broken legs. But he selects Alana to couple up with. What a genuin-ity choice.

Zac, 22, is from Chicago and works at a grocery store. Is this the second coming of Grocery Store Joe? I HOPE SO. Caro — who is coupled up with Cashel — Mallory, and Elizabeth all step forward. Zac chooses Elizabeth.

Weston, 25, is a cowboy from Dallas. He wears the cowboy hats, boots, and all. And he’s got Dad Jokes. He’s cowboy hat-less when he comes into Fiji, though, and he draws the attention of … no one. He selects Mallory, despite her lack of stepping forward.

Michael, 29, a model from Miami is the oldest of the bunch. You must love dogs and ideally you should be vegan if you want to kick it with Michael. Alexandra, Caro, and Mallory step forward (they don’t know he’s vegan yet). He chooses Alexandra, and we have our five couples — which means it’s time for someone to shake this up.

The first newbie to Love Island is Kyra, 22, a musician from Harlem. She says she’ll go for what she wants. In 24 hours, she’ll get to choose a boy to couple up with, which would leave one girl single. Alexandra points out that Kyra is stunning and perfect, so there’s definitely competition. Before telling them that America (that’s us!) gets to vote for a favorite couple to get $ 100,000, Arielle leaves the 11 singles to get to know one another.

Like they’re at a middle school dance, the guys and girls separate to talk about one another. And once they’ve hashed out how they feel, they finally interact with the opposite sex. Kyra is hesitant to make waves, but she has her eye on someone: Weston. She tells him she’s feeling him — and she tells Mallory, which makes her a bit uncomfortable, but Mallory is the one going to bed with him.

Caro and Cashel are the only couple to get close at night. But “getting close” is all they do. This is 8 p.m. on CBS on Night 1 after all. The next day, Kyra is on a time crunch to make a connection. She opens up to Yamen about how her last relationship was with a girl, and his jaw drops. He’s suddenly more intrigued — and Alana notices it.

“Fiji is my sandbox, and I am ready to play,” Kyra says. Caro sees this and puts her hands all over Cashel to claim him. Cashel catches her vibes and they kiss for the first time … and then he catches vibes for Kyra. Caro wants to know about Cashel and Kyra’s talk, but Kyra doesn’t give her much intel. No one is very clear on who she’ll choose.

They all gather at the fire pit for Kyra’s final choice. She follows her gut and couples up with …

… we’ll find out Wednesday night. Be sure to come back when we all find out if these vanilla people get a little more interesting!

Love Island USA airs nightly at 8/7c on CBS and CBS All Access.

(Disclosure: TV Guide is owned by CBS Interactive, a division of CBS Corporation.)