Meet the New Characters of The L Word: Generation Q 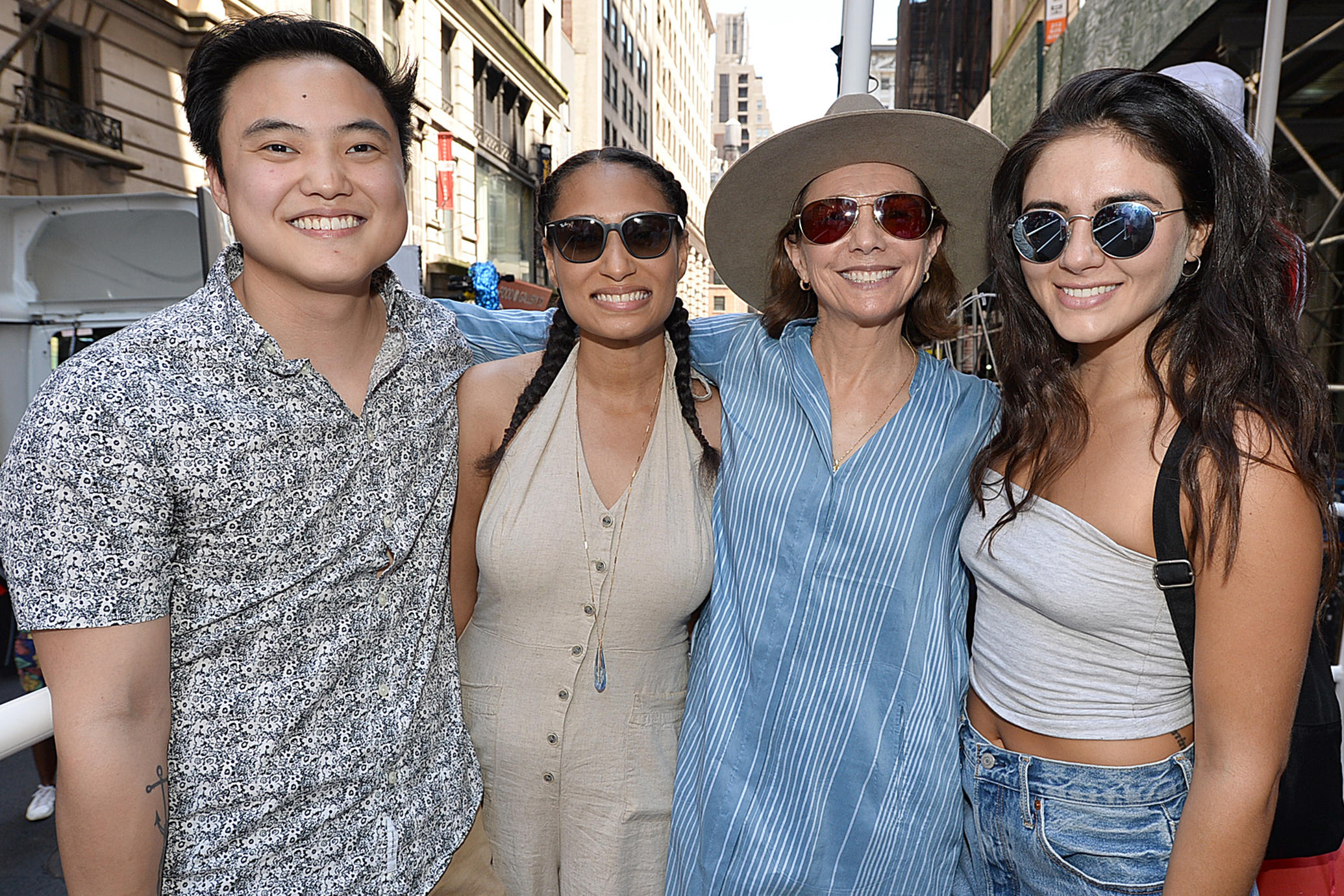 The iconic series The L Wordwill officially return to Showtime in December, and Generation Q will feature not only everyone’s favorite characters, but a crop of newcomers as well. Showtime revealed the character names of the new cast members and gave brief character descriptions last month, but the actors were on hand Friday at the Television Critics Association summer press tour to offer deeper insight into who they will be playing.

“The way that I came to this story was through pure fan-fiction. I got to imagine three characters who I love and I got to imagine what they might be like 10 years later, where they might be, where my dreams could take them,” showrunner Marja-Lewis Ryan said on stage. “So I started with them and I built their world around them. I put in people who they work with, who they socialize with, who they interact with naturally, people whose arc kind of bend the opposite direction of theirs. That’s how I came up with the other characters. A lot of these characters were inspired by my own experiences just being gay in LA for, you know, ever.”

The new cast then explained a little more about what we can expect from their characters in the upcoming revival season. Here’s what we know.

Leo Sheng as Micah Lee: Micah is a trans man and a social worker who cares very deeply for his friends, according to Sheng. “Unfortunately, in our history of representation, stories around trans folks have often been very tragic, and those are a reality for many trans people, but I’m really excited that we’re going into a different direction with my character,” he said. “There’s a lot of excitement and not everything is necessarily about transition and that’s kind of fun.”

Jacqueline Toboni as Sarah Finley: Sarah goes by Finley in the series and Toboni describes her as “fun.” She’s Catholic and the struggle to be a queer person of faith in 2019 will be a key part of her arc over the course of the season.

Rosanny Zayas as Sophie Suarez: Sophie is a TV producer with a “big heart,” according to Zayas. “She really loves the people around her. She takes care of them,” Zayas explained. One of those people is Arienne Mandy’s Dani.

Arienne Mandi as Dani Nunez: Dani is an ambitious PR exec when we meet her, but according to Nunez, she’ll have the most growth to do out of the new characters. “She was kind of born into a family and kind of not had to work as hard,” Nunez explained. “What’s great is that you see all of her changes throughout the season.”

As for the original L Word characters, the revival will pick up 10 years after the series left off and find Shane (Katherine Moening) returning to LA after some time away. She will still be battling her past demons that are “holding her back from what she wants to accomplish.” Her friends will still be in the city, dealing with the more progressive but still as complicated as ever political and social landscape.

(Disclosure: TV Guide is owned by CBS Interactive, a division of CBS Corporation.)

The Arrow in the Head Show revisits Halloween H20