Meghan Markle’s Brother Has Urgent Request for the Queen 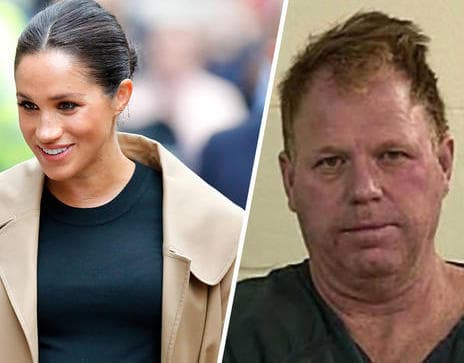 It’s been awhile since we wrote about Meghan Markle’s selfish and deranged family.

But you can rest assured, if you were sitting over there with some doubts, that most of these relatives remain selfish and deranged.

Late last week, Thomas Markle Jr. — the half-brother of the Duchess of Sussex who shares a father with Prince Harry’s one and only squeeze — said in a new interview that Queen Elizabeth should step in, step up and help heal the family’s bitter rift.

“The queen should step in and tell Meghan to make amends with her father and family,” Markle Jr. has now said to The Sunday Mirror, using his half-sister’s brand new son against her in an attempted guilt-trip.

“Now you’re a mother,” he added, addressing Meghan and continuing as follows:

“I hope you’re grown up and mature enough to figure out family is very important.”

Meghan, of course, has long had an estranged relationship with her father, who has spent years living as a recluse in Mexico.

The two have not talked since Thomas Markle refused to attend the Royal Wedding in May of 2018, citing both health concerns and embarrassment over a paparazzi photo scandal in which he had paid photographs to snap so-called candid picture of him.

Meghan’s dad has since trashedh is daughter to the press as disloyal and cruel.

His daughter, Samantha Markle, has been even meaner to her half-sister on numerous occasions.

She even tore into Meghan after her son was born.

Thomas Markle Jr. has slammed his Royal Relative less frequently that his father and sister, but did his best in this Sunday Mirror interview to make up for his recent silence.

He said that if Queen Elizabeth won’t get involved in this mess than Prince Charles “should step in and say, ‘Something’s not right.’

“They should force her into this, or it’s just going to continue to cause problems in her life.”

That’s one way of looking at it, we guess.

Another way would be to say that Meghan’s life is downright awesome and these family members are just angry and jealous.

“Personally, I feel I don’t know this Meghan anymore,” continued Thomas, who was never close to his famous relative to begin with.

“My father doesn’t know this Meghan anymore. This is a different Meghan than we all grew up with. It’s very, very strange,” he added.

Maybe she’s seen the light? Maybe she’s surrounded herself with kind people who treat her with respect and she doesn’t feel a need to acknowledge these terrible people from her past?

Maybe she was never remotely tight to any of them anyway and they’re just milking her fame for every ounce of attention they can get?

Either way, Meghan is even friends now with Kate Middleton and doesn’t seem too disturbed by the occasional outburts of those who share her last name.

“Some day I hope you’re smart enough and mature enough to open up and let your family into your life, and baby Archie’s life,” concluded Markle Jr., who was arrested in Oregon for DUI this year.

“Most of all I hope you can call your father and let him be at least a part of yours and Archie’s life. You owe him that.”