Nicole Nafziger BLASTS Own Fans in Furious Rant: I Am NOT Crazy! 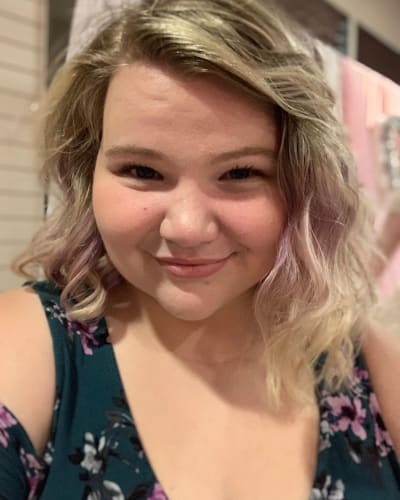 For years, 90 Day Fiance star Nicole Nafziger has endured being slammed by her own fans and second-guessed by her family.

Now, she’s putting her foot down.

After the latest postponement of her wedding to Azan, Nicole is going off on any and all fans who think they’re entitled to give her advice.

This week, Nicole finally put her foot down in a lengthy and furious letter posted to Instagram.

“Can y’all just get off my back?” Nicole wrote in her Instagram Stories.

She’s been getting advice that she doesn’t want, and her patience is wearing thin.

Nicole was adamant: “I DO NOT want your advice.”

“If you feel the need to message me about your concerns,” Nicole instructed. “DON’T.”

“You are the first who is trying to tell me how it is,” Nicole continued, possibly leaving out a word by accident (we all do it).

She then goes off on a slight tangent to address an odd rumor that had been floating around.

“Also,” Nicole wrote. “I barely have enough time to keep up with my own account.”

She continued: “I ABSOLUTELY DO NOT have time to make a fake account of the man I’m seeing.”

She is a working single mom and a reality star.

Azan may not use his Instagram often, but we see no reason to believe that he’s not the one running the account.

Nicole still had more to say, however, and this time it was on a topic even more personal and sensitive than her fiance.

“As much as you want to talk about me and my ‘mental health,'” Nicole wrote furiously.

“I am not crazy!” she asserted.

She then instructed her fans and critics alike to “GET A LIFE!!!!!”

Just for the record, it is 100% normal for fans of a reality show to become invested in the lives and happiness of the stars.

Humans are social animals. Anyone else ever catch themselves worrying about a stranger’s story they read on social media months before? I do.

“Because I have one,” Nicole asserted, referring to the “life” that her followes need to get.

“And,” she continued. “Y’all are the ones who literally need to MOVE ON.”

She then reminds them that she’s not currently on 90 Day Fiance.

“The season is over,” Nicole pointed out.

She concluded her furious rant: “That is all.”

There’s a fine line between concerned commenting and concern-trolling.

Certainly, not all criticisms or pieces of “advice” thrown Nicole’s way have been in any way valid.

But when people point out that they can easily send money out of Morocco despite Azan’s claims that Morocco doesn’t allow money to sent out, maybe she should listen.

It’s probably no coincidence that Nicole is feeling defensive over her controversial, long-term relationship.

For months this year, she said that she wanted to head out to Morocco before time for May to start school.

Well, May starts school next week, meaning that her wedding plans have been delayed even further.

Whatever we may think of Nicole’s relationship with Azan, we’ll say this: if she won’t listen to her own family, what makes her fans think that she’ll listen to strangers?

That “you can lead a horse to water but you can’t make them drink” saying applies.

Nicole has already been led to the water. That’s all that anyone can do. The rest is up to her.