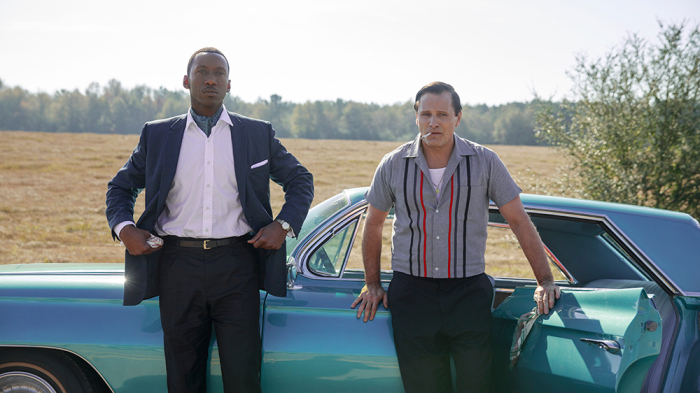 Save for a pair of recent back-to-back discrepancies in “The Big Short” and “La La Land,” the Producers Guild’s Darryl F. Zanuck Award for Theatrical Motion Pictures has been a fairly reliable barometer for the annual Oscar season outcome. At least, ever since both the PGA and film Academy expanded their top categories, sharing the ever mysterious preferential ballot for determining nominees and winners, it’s been safe to say whatever wins the producers’ honor is your best picture frontrunner.

Well, with a victory at the Beverly Hilton Saturday night, Peter Farrelly’s “Green Book” is now your best picture frontrunner.

Universal and Participant Media’s heartfelt race relations drama — which has been through the ringer multiple times this season, weathering criticism that it’s antiquated, that it’s a regressive choice in the year of films like “BlacKkKlansman,” “Black Panther” and “If Beale Street Could Talk,” that it took egregious liberties in the view of family members close to the production, that its director was notoriously inappropriate with co-workers in the past, that its co-writer subscribed to a 9/11 myth propagated by the sitting Commander in Chief — has taken its licks and soldiered on. It kicked off the season with a People’s Choice prize at the Toronto Film Festival and it sits here on the cusp of this year’s Oscar nominations announcement as the one to beat.

It’s quite a turn for Universal, which just last year repped a very different race relations contender in “Get Out.” Oscar glory has been elusive for the studio for nearly two decades, going back to 2001’s “A Beautiful Mind.” Oscar glory has in fact been elusive for all the major studios save Warner Bros., as the last 20 years have largely been about specialty distributors like Fox Searchlight and The Weinstein Company at the Academy Awards. The story this season has been the return of the majors in force with films like “Black Panther,” “Bohemian Rhapsody” and “A Star Is Born,” and now it appears “Green Book” is the ringleader of the bunch.

Elsewhere on the evening, “Spider-Man: Into the Spider-Verse” was a somewhat surprising winner in the animated motion picture field. Sure, it’s dominated the critics’ circuit, but Disney is a force and “Incredibles 2” was still the favorite. Does this put Sony’s latter-year hit in the lead for the animated feature Oscar? It might, but don’t be too sure; it’s difficult to shake the memory of heavy favorite “How to Train Your Dragon 2” getting sideswiped by the Mouse House’s “Big Hero 6” not too long ago.

“Won’t You Be My Neighbor?,” however, remains virtually guaranteed to scoop up the Academy’s documentary feature prize. Morgan Neville’s film added yet another trophy to the collection Saturday.

The Directors Guild and SAG-AFTRA will weigh in in the coming weeks as the industry continues to have its say in advance of the Oscars. Films like “Roma” and “Bohemian Rhapsody” could triumph there (“Green Book” was not a SAG-AFTRA ensemble nominee). But for now, and with just over a month left to go, Farrelly and Universal sit in the driver’s seat.