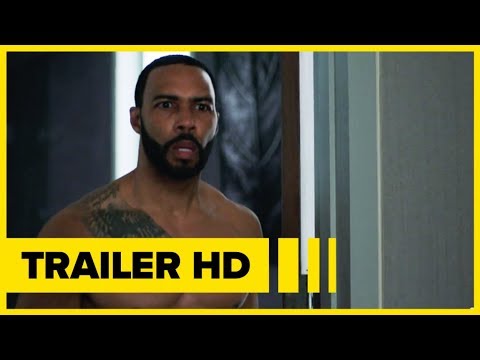 No, that wasn’t leftover fireworks you just heard: the booms felt were more than likely the sound of nearby Power fans’ heads popping off as they watched this cheek-clenching trailer for Season 6. This is the moment we’ve all been anticipating and dreading at the same time — the beginning of the end of Starz’s blockbuster crime series — and judging by this snippet, producers clearly intend to send all the show’s fans into an emergency room at least once by the time James St. Patrick’s (Omari Hardwick) saga concludes.

There’s so much to unpack in this trailer, from the sight of Keisha (La La Anthony) fully converted to the dark side, Tommy (Joseph Sikora) declaring war, Tariq (Michael Rainey Jr.) telling his father he lost his son a long time ago, and Tasha (Naturi Naughton) telling Jamie she’s lost everything because of him — a hint that she may finally be shifting allegiances. Amid the chess pieces falling, guns drawn and knives readied, one main question looms large: Will Ghost die in Season 6? Hard to say, but we do know that Angela Valdes (Lela Loren) is alive after Tommy shot her in the Season 5 finale — or at least, she appears to be, as she’s seen at the end of the trailer, listening to Jamie tell her he didn’t kill an unnamed woman. Whew!

Starz’s official description for the 15-episode extended final season reads, in part, “Power picks up with James ‘Ghost’ St. Patrick seeking vengeance. His former drug partner and brother in arms (Tommy) must pay for the ultimate betrayal. Rocked to his core by the perfidiousness and cruelties of those he once called his family, Ghost devotes himself to one notion: Success is the best revenge, with all intentions of getting both. Ghost aims to get even with Tommy, get the Queens Child Project built to consecrate Raina’s legacy, and finally achieve a thriving legitimate lifestyle with no criminal strings attached…As the feds grow closer to convicting him, Ghost must remain vigilant toward those wanting to take him down for his past criminal enterprises.” That’s obviously just the bare bones of the story and leaves a lot lingering — especially the No. 1 question on fans’ minds: Will Ghost live to appear in one of those spin-offs?

Power returns for its sixth and final season Sunday, August 25, 2019 on Starz.