Punk rockers Blink-182 ‘locked down in our hotel’ during mass shooting at Walmart in El Paso, Texas

Punk rockers Blink-182 ‘locked down in hotel’ during the mass shooting at a Walmart in El Paso, Texas

Pop punk rockers Blink-182 were told to stay at their Texas hotel following the shooting in El Paso.

Mark Hoppus took to Twitter on Saturday to tell fans that he and band mates Travis Barker and Matt Skiba, both 43,  were warned by their security team to stay put after a gunman opened fire at a Walmart not far from the mall they were scheduled to appear at.

‘We are locked down in our hotel in El Paso,’ the 47-year-old wrote. ‘Over the intercom system they just announced that there are reports of another active shooter directly across the street at a location different from the first shootings.’ 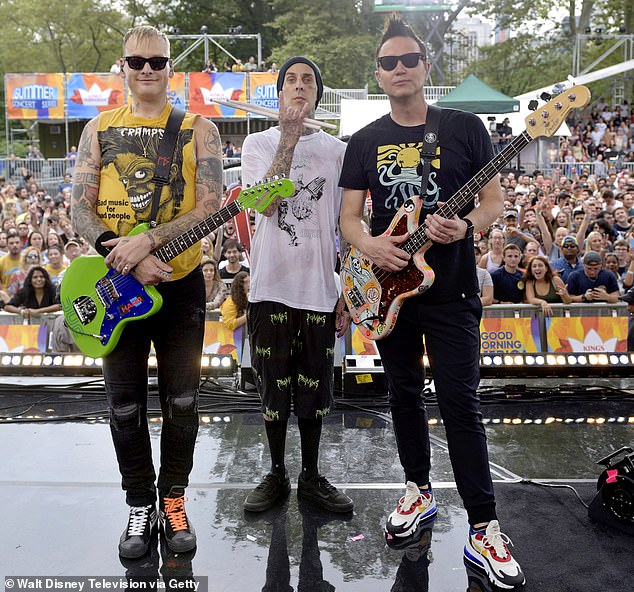 Great gig: From left, Mark Hoppus, Travis Barker and Matt Skiba of Blink-182, who played in GMA’s Summer Concert Series in Central Park, NYC, on July 19, were ‘locked down’ in their Texas hotel during Saturday’s mass shooting in El Paso, Texas,  where they were due to appear

He continued: ‘We were leaving breakfast when our security texted that there was an active shooter at the mall we were headed to.

‘Saw dozens of police cars on the freeway and surface streets, helicopters.

‘We got back to the hotel and turned on the news to see what was happening.’

Telling it how it was: Vocalist and bassist Mark Hoppus, 47, described the confusion on Saturday as the mass shooting occurred

Mark later Tweeted: ‘Update: Police confirm report of a separate incident at bassett mall is incorect. we are still in our hotel. federal agent at the door to the building.’

At least 20 people were killed and 26 wounded at the Walmart near the Cielo Vista Mall on the city’s East Side in the shooting that started around 10:30am, according to the New York Times.

The authorities identified the gunman as Patrick Crusius, from a Dallas suburb.

New info; He updated followers assuring them that the second reported shooting had not taken place, but the band were still ‘locked in’ at their hotel 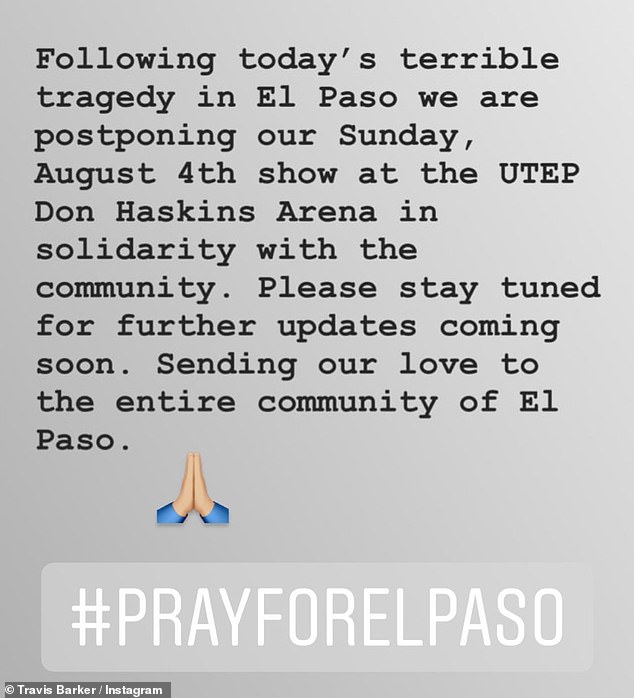 ‘Sending our love’: All three band members posted this message saying they had postponed their Sunday gig at El Paso’s  UTEP Don Haskins Arena ‘in solidarity with the community’

He was taken into custody after he surrendered to the police outside the Walmart.

Blink-182,  who are presently on tour with rapper Lil Wayne, postponed their Sunday show at El Paso’s UTEP Don Haskins Arena ‘in solidarity with the  community.’

Their Instagram added: ‘Sending our love to the entire community of El Paso,’ with the hashtag Prayforelpaso. 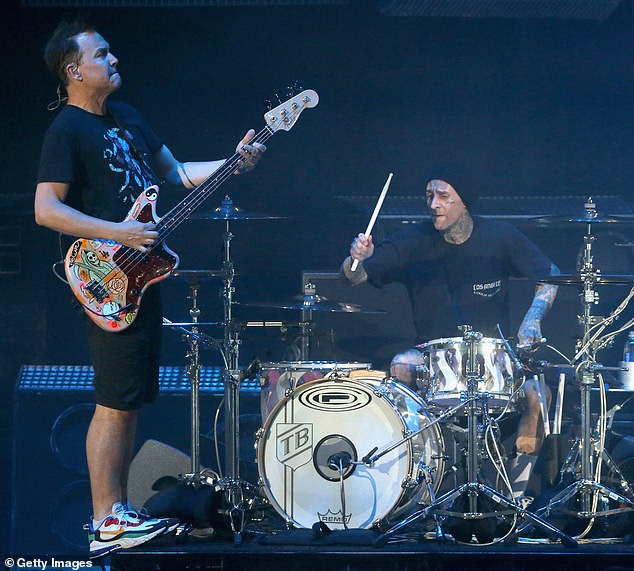 Safer day: Mark, left,  and Travis in concert at Austin360 Amphitheater on Thursday before the El Paso tragedy