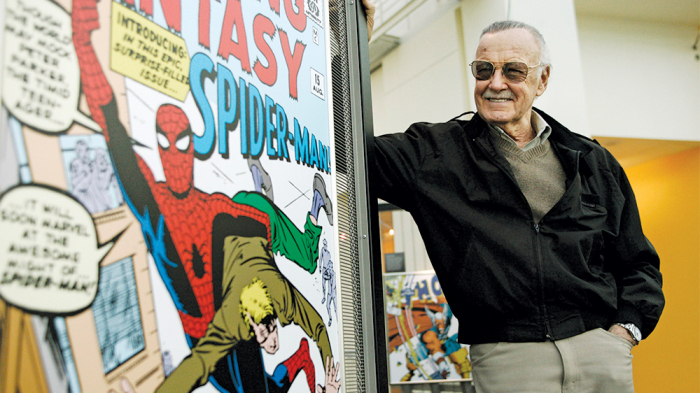 Stan Lee’s company POW! Entertainment posted an open letter on Monday in response to a blog post written by Bill Maher that chided the Marvel icon after he died on Nov. 12.

In response, Lee’s company wrote, “Mr. Maher: Comic books, like all literature, are storytelling devices. When written well by great creators such as Stan Lee, they make us feel, make us think and teach us lessons that hopefully make us better human beings. One lesson Stan taught so many of us was tolerance and respect, and thanks to that message, we are grateful that we can say you have a right to your opinion that comics are childish and unsophisticated. Many said the same about Dickens, Steinbeck, Melville and even Shakespeare.”

The letter also calls Maher’s statements “disgusting,” before emphasizing the importance of Lee’s work in providing hope for readers who have felt different or have been bullied.

“But to say that Stan merely inspired people to ‘watch a movie’ is in our opinion frankly disgusting,” POW! wrote. “Countless people can attest to how Stan inspired them to read, taught them that the world is not made up of absolutes, that heroes can have flaws and even villains can show humanity within their souls. He gave us the X-Men, Black Panther, Spider-Man and many other heroes and stories that offered hope to those who felt different and bullied while inspiring countless to be creative and dream of great things to come.”

The response comes on the heels of Maher’s original post titled “Adulting,” which reads in part, “The guy who created Spider-Man and the Hulk has died, and America is in mourning. Deep, deep mourning for a man who inspired millions to, I don’t know, watch a movie, I guess.”

Maher continued, “Now, I have nothing against comic books — I read them now and then when I was a kid and I was all out of Hardy Boys. But the assumption everyone had back then, both the adults and the kids, was that comics were for kids, and when you grew up you moved on to big-boy books without the pictures.”

Maher concluded the post with a reflection on Donald Trump’s presidential election, once again questioning the intelligence of adults who enjoy reading comic books.

“The problem is, we’re using our smarts on stupid stuff,” he wrote. “I don’t think it’s a huge stretch to suggest that Donald Trump could only get elected in a country that thinks comic books are important.”