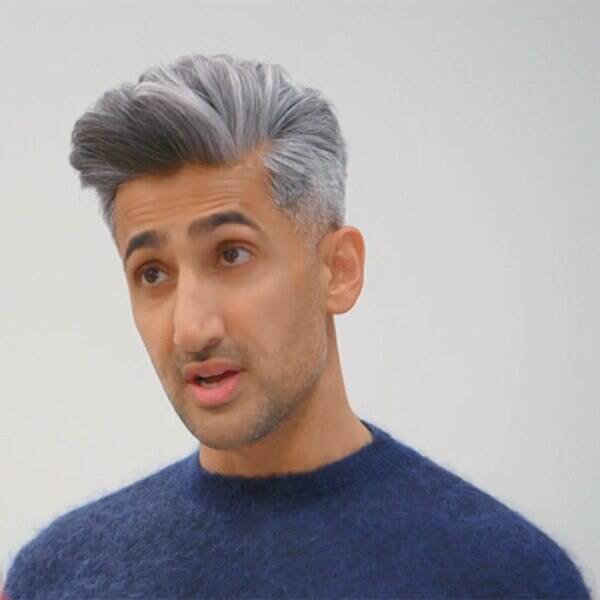 Need a wardrobe revamp wrapped up in a meaningful heart-to-heart? Count on Tan France.

In this bonus clip from Sunday’s season premiere of Revenge Body With Khloe Kardashian, Queer Eye‘s resident style guru stopped by the set to work his magic on Deeran, one of the series’ new participants who was coming up on the end of his transformation journey and hoped to finally come out to his father.

After fixing him up with some swanky ensembles to try—the designer was tasked with getting Deeran prepped for his final “reveal”, where he was due to see a whole crowd of friends and family for the first time in 12 weeks, his dad included—Tan got down the deeper stuff.

“How are you feeling about that conversation with your dad?” he asked. “I want to know, what will you say? Practice on me.”

But finding the words wasn’t easy.

“My heart is racing. I have so much anxiety, it’s so crazy,” Deeran admitted. “What did you say?”

With all that in mind, Tan leaned over to give Deeran a hug.

“And I’m hoping this is what your dad’s going to do, too,” he finished.

See how the heartwarming moment played out in the clip above!

Watch a brand new episode of Revenge Body With Khloe Kardashian Sunday at 9 p.m., only on E!