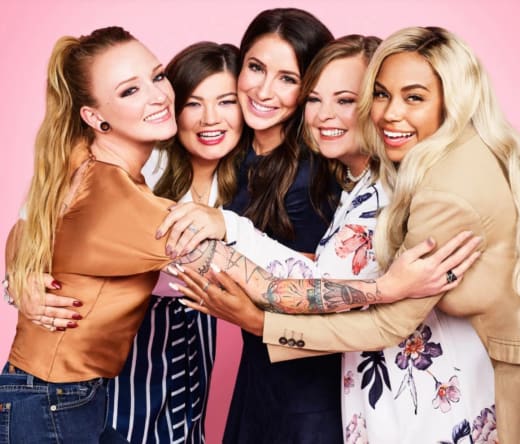 If you’re a Teen Mom OG fan, it probably feels like the show is a constant topic of discussion on social media and in the tabloids.

So it can be hard to believe the long-running series pulls in far fewer than 1 million viewers per episode.

Yes, that number may seem ludicrously low given the amount of attention the show continues to receive online, but it appears to be a case in which a very small group of people are discussing a subject so loudly as to drown out all other conversation.

According to a new report from Radar Online ratings for Teen Mom OG started off low at the beginning of this season — and they’ve been plummetting ever since.

Radar reports that the season premiere on June 10 brought in a respectable 990,000 viewers.

The numbers have continued to sink from there, with the July 15 episode bringing in only 679,000 viewers.

Of course, that wasn’t always the case.

For the last season premiere in which the show still featured Farrah Abraham, 1,319,000 viewers tuned in, and ratings remained steady, as the season finale attracted 1,098,000 households.

As you probably recall, producers decided to fire Farrah in December of 2017, and the show’s ratings have been declining ever since.

In a new interview with Radar, Farrah reiterated her belief that the show “should be canceled!”

“No one is believing the fake storylines,” she told the outlet.

“These other parents are super fans of the OG girls and have been fans, planned pregnancy is not what Teen Mom OG was about and now it’s okay to keep planning pregnancies to get on TV? Sad mainly for the children.”

Yes, Farrah Abraham, of all people, played the “think of the children!” card.

She’s also claiming that she’s glad to have gotten fired, as like a cigar-chomping network exec from 1997, Farrah maintains that scripted drama is the way of the future:

“I’m thankful I can bring a new element to unscripted and scripted TV soon, as a screenwriter, director and producer,” she told Radar.

“I’m blessed for my 10 years and can’t wait to make TV that is original, better made, better talent and better executives.”

As for TMOG, the show is hoping to get a boost by adding Mackenzie McKee to the cast for this season’s final episodes.

Ironically, the other Moms were staunchly against the idea of MTV tinkering with the cast at all, but they may feel differently upon learning how close they are to extinction.

The series will likely also receive a bump from Amber Portwood’s recent arrest for domestic violence, even though it doesn’t look as though that storyline will be featured on this season, and Amber didn’t even attend this year’s reunion special.

Besides, producers can’t continue to rely on random acts of violence from the cast in order to sustain ratings.

Unless, of course, they re-hire Farrah.

Then there should be enough insanity to keep things going for another decade or so.