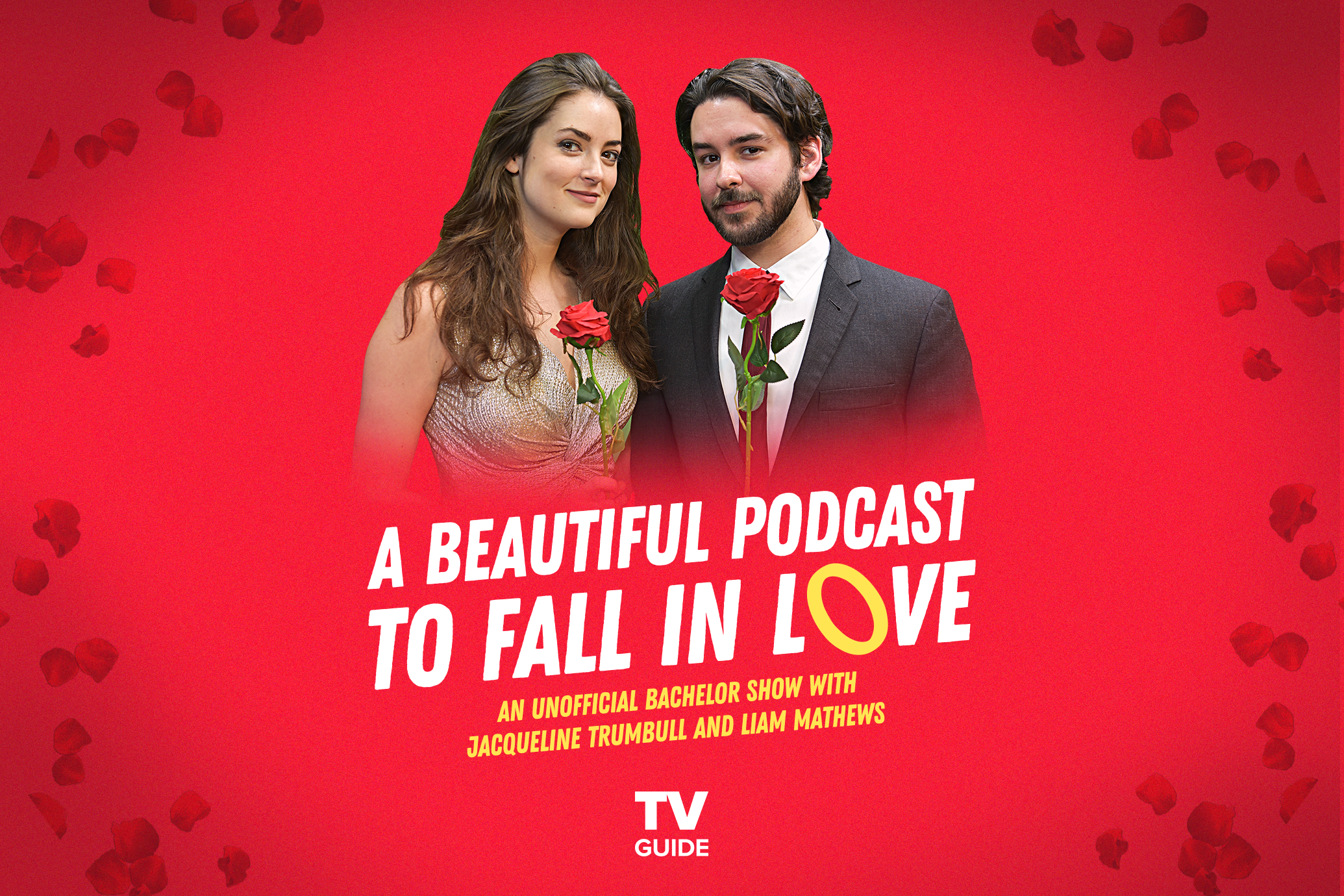 The episode started in the Netherlands, home of windmills and tulips and Arie Luyendyk Sr. Dutch is sort of like English with some extra vowels added in. Haannah. Or maybe Hannaah. Haannaah was sick and had a hoarse voice, which was endearing. The first one-on-one went to Jed. Hannah feels very comfortable with Jed, and they have very easy chemistry together. Hannah is herself when she’s with Jed. A Dutch woman asked Hannah and Jed if they were Dutch, and Jed said no, they were “English,” and Hannah was like “English? We’re American.” It was very funny. That’s the kind of brain fart I have, so I related to Jed in that moment. Hannah really trusts Jed, because she told him how hard it is to be all in with other guys when she thinks about Jed. That comment makes Jed look like that No. 1 finisher (though, admittedly, my reading of the situation may be colored by unconfirmed stories about Jed and Hannah as well as a verified report that Jed had a girlfriend when he went on the show).

During the evening portion of their date, Jed said all the right things, and Hannah was very clear about how into Jed she is. When she saw his face while they were jumping and clicking their heels and then she kissed him, she knew her feelings were real. She told him she’s falling in love with him, and he said it back.

Jed is only committed to one thing and it’s that jacket 🤢 #TheBachelorette pic.twitter.com/R2IR9KgsXp

Tyler had the second one-on-one, and he and Hannah rode horses around the Hague, where Jed will be tried for crimes against Bachelor Nation. Tyler and Hannah ate pickled herring, and Hannah — who has eaten so much gross stuff over her time on these two shows that pickled herring is probably like ice cream — had no problem eating it, while Tyler gagged and spat it out. Later, she grilled him about his feelings because she likes him and wants to know what he’s thinking.

I’m sorry, why is she grilling Tyler like he’s Luke? #TheBachelorette

She just wanted him to open up and be vulnerable with her and stop just saying everything was fine. So he told her about his parents’ divorce and how hard it was for him. She told him she doesn’t want to communicate in a marriage the way her parents communicate, and she needs someone who will communicate openly with her. She was satisfied with what she got from him, and she gave him a rose.

Mike got a one-on-one, and Connor got upset that he was falling behind, so he went to Hannah’s room to talk to her about it. She said he’s faded into the background on group dates, which I bet is true, because Connor seems like a very mild dude in a crew of chest-thumpers. Hannah said she wished he had come to her weeks ago, but now it was too late. She has stronger feelings in other relationships. This was not how Connor wanted this conversation to go, but honestly, this is a better way for it to go than to get dumped during a rose ceremony. Well, I bet we’ll be seeing Connor in Paradise.

On Mike’s one-on-one they biked along an idyllic canal and then drew each other like one of each other’s French girls. They weren’t good at it, so then the actual artist whose studio they were in painted a portrait of them. It was a cute date, but the spark is not there with Hannah and Mike. When Mike called her his wife, her face gave it all away. She had that tight, uncomfortable smile.

Hannah when Mike calls her his wife #TheBachelorette pic.twitter.com/7C1FtohM00

Next there was an odd, uncharacteristically artsy sequence where Hannah pondered Dutch Golden Age paintings and cried. There was cello and everything. When Mike arrived, she told him about how she related to a painting of St. Catherine holding a sword and a bible. That’s the kind of pressure she feels. She was crying because she knew she had to break Mike’s heart. He was looking for the fourth lady in his life after his grandmother, mother, and sister, and she knew she wasn’t that lady. He thanked her for her honesty, and that was that.

Hannah sobbing over renaissance art while breaking up with someone is low key the most glamorous thing to happen on this show #thebachelorette pic.twitter.com/4OagBmJFm9

Back at the hotel, Luke was talking sh– about how everyone else was his competition, and Tyler insulted him for being a “5’8″ villain.” Hilarious. If you’re gonna be a villain, at least be tall. Doesn’t make literal sense, but does add up. The other guys were just so obviously over Luke’s whole thing that they barely had the energy to fight with him.

Next up was a group date with Garrett, Pilot Peter, and Short King Luke. Luke pulled Hannah aside andi immediately started badmouthing the other guys. He said Jed told him to keep his head out of his ass, and Garrett was fake nice to him. Hannah was like, “Why don’t people like you, Luke? Please explain it to me.” She said in an ITM that she was exhausted with the drama with Luke. She went and pulled Garrett aside to get his side of the story, and claimed that she would be directly rude to someone she doesn’t like when they try to make small talk rather than be polite, which I do not believe. Garrett, pissed, went back to Luke and told him, “I saw the look on her face, and your time is coming to an end.”

Luke P: I don’t want to say any names

Garrett was trying to psych Luke out by telling him that Hannah was wising up to Luke’s bullsh–. He couldn’t stop smirking. It was very funny. He called him a “weasel” and a “snake” and a “psychopath.” And then Luke got very dramatic, saying Garrett disgusts him and makes him want to gag. And then Luke got up and yelled in Garrett’s face about how Garrett wasn’t going to mess this up for him. He picked up a handful of charcuterie and dropped it in Garrett’s lap to signify that everything Garrett was saying was “bologna.” I’m impressed with ABC’s marketing department’s restraint in not showing us that hilarious clip before. Luke went to Pilot Peter to give him a heads up that he’d talked about other guys to Hannah, and Pilot Peter was like, “So you put her in a bad mood before I’ve even gotten to talk to her? Great.” But then they had a nice conversation and didn’t talk about Luke at all, so he got a rose and didn’t have to stick around for Luke and Garrett’s two-on-one.

THAT BOLOGNA THING TOOK ME OUT LMFAO #TheBachelorette pic.twitter.com/sVR0pQx2St

Luke decided to use his time with Hannah to talk about drinking and chasing women when he was younger (he’s 24) and telling her about the time God spoke to him in the shower, which those of us watching at home have known since the premiere. Hannah liked hearing Luke talk about his faith, so he’s back in it! But then Garrett told her he loves her, so Hannah’s gonna have to make a hard decision.

Come on @AlabamaHannah please don’t fall for Luke’s BS again tonight. The whole world knows what a snake he is. You have to see it… #TheBachelorette

But she knew what she had to do, and that was give the rose to Luke. Our awful boy is getting a hometown date! I’m genuinely looking forward to meeting his parents to see if we they can give us some insight into why he’s like this. And just to keep us from checking out, they showed us Luke’s exit in advance, like, “We know, you hate him, just bear with us.”

Hannah did tell Luke she had sex with someone in a windmill (twice), which means it probably happened on this trip, because windmills are a symbol of the Netherlands, but we didn’t see anyone go in a windmill on their date? So who was it?

Which guy did she f*ck twice in a windmill? I’m guessing #PeterPilot #TheBachelorette pic.twitter.com/pKPoaPIkuZ

The Bachelorette airs Mondays at 8/7c on ABC. It’s available to stream on Hulu.