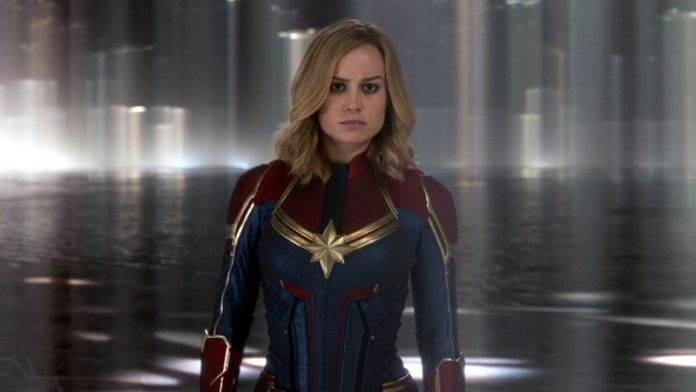 Brie Larson is due for a suit upgrade in the highly anticipated upcoming sequel film The Marvels, and a recent toy release may have teased what fans can expect from the suit.

Fans recently spotted a set of new merchandise from the film, specifically two new movie-inspired Hot Wheels Character Cars that give a great look at not only the costume for Iman Vellani’s Ms. Marvel but Brie Larson’s Captain Marvel as well. The new suit strips back some of the red from the previous one, but still retains a bright red upper section and Captain Marvel’s iconic logo as well.

Check out the new image of the costume below:

The Marvels will see the return of Oscar winner Brie Larson as she reprises her role as Carol Danvers/Captain Marvel, who fans last saw in Ms. Marvel‘s post-credits scene. Joining Larson in the sequel are WandaVision breakout star Teyonah Parris as Monica Rambeau and Iman Vellani as Kamala Khan/Ms. Marvel, who had her own Disney+ series earlier this year.

The sequel is being directed by Nia DaCosta (Candyman), from a screenplay by Megan McDonnell. Additional cast also includes English actress Zawe Ashton (Velvet Buzzsaw) as the sequel’s antagonist and popular South Korean actor Park Seo-joon in an undisclosed role.

Captain Marvel made its debut in 2019 and went on to earn a worldwide gross of over $1.1 billion, making it the fifth-highest grossing film of that year. It also starred Samuel L. Jackson and Ben Mendelsohn, who are both set to star in their own Disney+ series Secret Invasion. The Marvels will hit the theaters on July 28, 2023, as part of the MCU’s Phase Four.