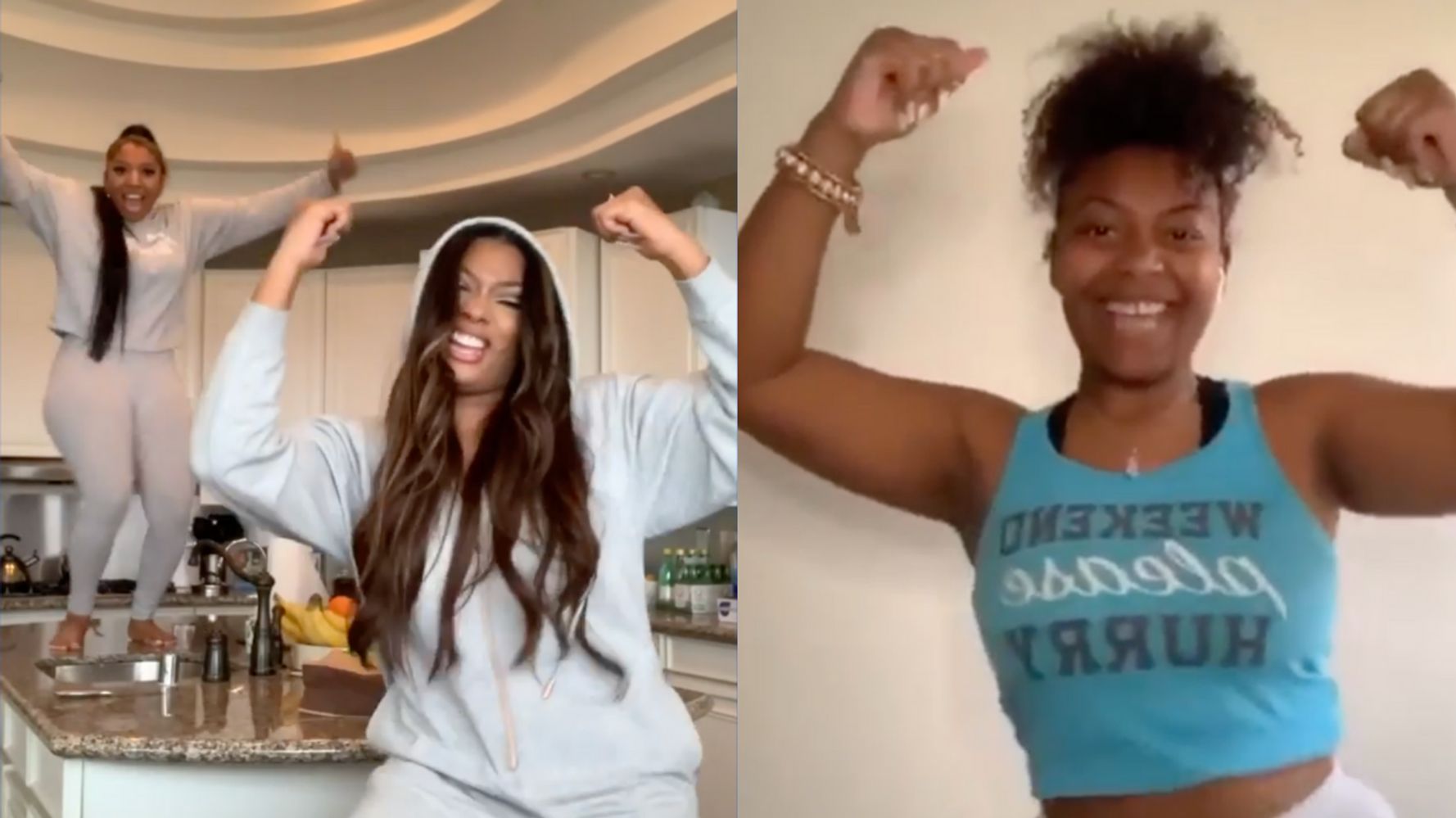 Megan Thee Stallion’s single “Savage” is quickly becoming a part of the soundtrack to social distancing.

That’s thanks to Keara Wilson, the 19-year-old creator of the viral “Savage” challenge. For the past month, the native of Mansfield, Ohio, had been creating and posting original choreography to different songs.

She first posted her dance on TikTok on March 10. She posted a second video of herself doing the dance the following day with the caption “day 2 doing my dance till it goes viral.”

And shortly after, it did. It gained so much traction that the “Suga” rapper herself shared Wilson’s video on Instagram on March 15.

Wilson said she was in shock when she saw Megan’s post, and she still is.

“I was like OK, this is wild. I was in disbelief the whole day. I didn’t know what to say, I was in tears. It was just a dream come true,” she told HuffPost. “I’m still speechless now. This has been an accomplishment for me. This is crazy. And it’s MY dance. That’s what makes it crazy.”

Wilson, who danced competitively for 10 years and cheered for four, said it took her about an hour or two to create the choreography for the challenge. She changed the ending a few times to see which version was the best. The result is a hype, energetic dance with Wilson’s personality etched into its DNA.

Since March 11, Wilson’s video has been watched about 4.1 million times on TikTok and has nearly 4 million views on Megan Thee Stallion’s Instagram. Social media users have flooded TikTok and Instagram with hundreds of thousands of videos putting their own creative spin on the challenge.

The rapper has posted several compilations of the dance on her Instagram, including the moves of celebrities like Marsai Martin, Ryan Destiny, Normani, Keke Palmer and, of course, her own.

The “Savage” challenge has provided a great escape for those stuck at home during the COVID-19 pandemic. Wilson said many of her followers have expressed gratitude for her creating a source of levity.

“I actually have had a lot of people tell me, ‘Thank you so much for making up this dance, we needed this, this is perfect for this time,’” she said. “I’ve gotten comments like, when people don’t tag me when they do the dance, other people would be like, ‘You should tag the creator’ and stuff. It’s great. I have so much support from my fans.”

Wilson also said the attention has been just as helpful for her. She planned on enlisting in the Air Force before the pandemic struck, but those plans have been put on pause for now. In the meantime, she’s been spending time with her sister in Texas, making TikTok videos and focusing on her passion, choreography.

Over the weekend, “Savage” hit No. 1 on the iTunes Hip-Hop/Rap chart. A big part of that success is thanks to Wilson’s TikTok video. She said that it’s a blessing to be able to contribute to someone else’s art. Though she hasn’t met Megan yet, she’s hoping that will change soon. She has a message ready for her if she ever gets the chance:

“I would like to thank [Megan] for posting me and I would love to be in her next music video and to teach her my dance face to face,” Wilson said. “I just want to meet her.”