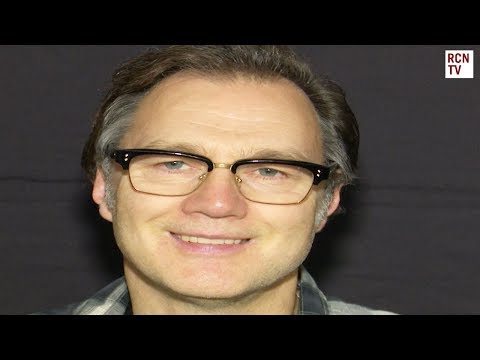 Former The Walking Dead star David Morrissey says he doesn’t feel ‘finished’ with the Governor. The character of Philip Blake/the Governor was first introduced in the show’s third season, where he ran Woodbury, a community of survivors. On the surface, he appeared charming and even-handed, but he was willing to resort to violence and cruelty to keep his grasp on power. The Governor originally appeared in Robert Kirkman’s comic series, where he became infamous for various evil deeds like cutting off Rick’s hand, but the show presented a more nuanced take on the character.

Morrissey drew inspiration for his take from a series of spinoff novels about the Governor that greatly fleshed out his backstory. Where the character was more of a one-dimensional sadistic villain in the comic, the series allowed him to be more sympathetic. His conflict with Rick’s group over the prison is still a fan favorite storyline from the third and fourth seasons, which ended with the Governor’s death after an explosive battle sequence. Morrissey would briefly reprise the role during a hallucination in the fifth season.

Related: Ranked: The Most Effective Zombie Killers In The Walking Dead

While The Walking Dead has had lots of great villains since like Negan, the Governor is still considered the one to beat. In a new interview with Red Carpet News TV, Morrissey has revealed he’d jump at the chance to return to the show.

I’ve often said I’d make the tea for them if they asked me because it was a wonderful experience, and it’s a show made by fantastic people, really talented people. And you want to work with those people.

The actor goes on to state he loved the complexity of the Governor and his struggle to do the right thing – which often didn’t go very well. He’d also be open to a return for a Governor spinoff or movie.

As I say, I love the world, I love the genre, I love the character, so if the powers that be deemed it right to do it, I would love to. Sometimes you walk away from a job, you think, ‘I’m finished with that character.’ Whereas the Governor, I don’t feel that. I think there’s a lot more to mine, really,

The Governor was quite dead following his last encounter with Rick’s group, so a Governor prequel is really the only route to go to bring him back. Andrew Lincoln recently left The Walking Dead series but will return for a trilogy of movies in the near future. Given the popularity of the Governor, it’s not hard to picture a spinoff revealing how Philip Blake evolved into the monster seen in the show. Morrissey has stated previously he’d be open to returning, but for now, at least, there don’t seem to be any solid plans to revisit the Governor.

Following the exit of Rick Grimes, there were concerns over how invested viewers would be with the show. While the ratings for The Walking Dead season 9 haven’t been amazing, fans and critics have noted it’s been a big improvement on the last few seasons. New villains The Whisperers have added a creepy new dynamic to the show too, with Samantha Morton’s Alpha already making a huge impression.