Thomas Ravenel: Kathryn Dennis Failed Her Drug Test! Give Me the Kids! 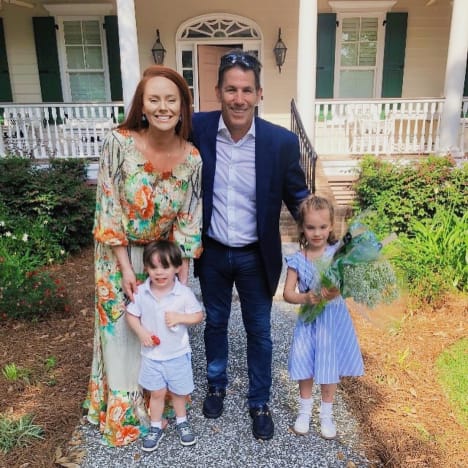 The custody battle between Southern Charm star Kathryn Dennis and her disgraced ex Thomas Ravenel has gone on so long that fans fear they’re going broke.

Both have accused the other of being unstable drug fiends, but now Thomas says that he can prove his allegation about Kathryn.

He claims that Kathryn failed a drug test and that he should receive custody. What happens now?

According to court documents obtained by The Blast, Thomas is claiming that Kathryn failed a drug test.

Because of this, he is demanding that the court strip Kathryn of custody of their two children.

They have been locked in a vicious court battle for many months.

Their two children are Kensie, age 5, and Saint, age 3.

They previously had a 50-50 split of custody, but after Thomas’ arrest for sexual battery, Kathryn pressed for full custody.

Thomas claims that, on June 13 of this year, he and Kathryn both submitted samples for court-ordered drug testing.

Both parents turned over samples of blood, urine, and hair for comprehensive drug testing.

The next day, Thomas made a court filing condemning his estanged baby mama.

“While in the possession of the children,” he accused. “Kathryn produced a urine test positive for marijuana, benzodiazepines, and amphetamines”

Two of those are standard prescription medicines, and court papers not that Kathryn has a prescription for both of the latter.

However, court documents show that Kathryn “disputes the veracity of the June 14, 2019 urine tests.”

She is making this stand “because her hair test was negative.”

That’s fair — it’s estimated that as many as 10% of drug tests produce false positives for a slew of reasons.

However, Thomas believes that it’s the hair test that is wrong.

He argues that Kathryn uses hair extensions, wigs, and hair coloring agents, which may have interfered with the results.

Now, naturally, Kathryn submitted an additional urine sample after that result to demonstrate that it was a false positive.

But Thomas argues that only the first test can be trusted.

“The marijuana detected in the June 14, 2019 test could have been flushed out of her urine by that time,” Thomas insists.

Thomas also repeats his claim — for which we have notably never seen any evidence despite months of it being repeated — that Kathryn purchases synthetic urine.

We have to ask: if Kathryn really used marijuana while caring for the children, wouldn’t she have used this alleged fake urine the first time?

Thomas’ attorney spoke to People about another hearing that followed just a few weeks later.

“The parties had a long scheduled temporary hearing in this matter,” the attorney reveals. “Which took place on June 26, 2019.”

“At the temporary hearing, Mr. Ravenel and other witnesses submitted affidavits to support the claims made by Mr. Ravenel against Ms. Dennis,” the attorney states.

“The information discussed in The Blast article comes from Mr. Ravenel’s affidavit and various supporting documents submitted with it,” the statement continues.

“These,” the attorney notes. “Are on file with the Court.”

Thomas’ legal team has “yet to receive and are awaiting a ruling by the judge on the issues argued at the temporary hearing.”