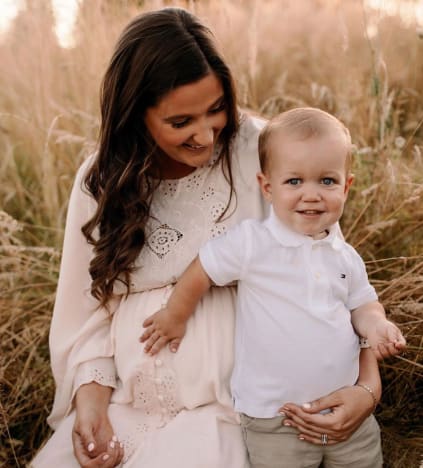 Tori Roloff has thus far managed to pull off the near-impossible.

She’s reached impressive heights of popularity (over one million Instagram followers!) without ever really being involved in a controversy.

Really, think about it… it’s true.

You need to search far and wide and try really hard to track down any sort of scandalous situation centered on the Little People, Big World cast member.

One time a few trolls tried to mom-shame Tori because they thought her son wasn’t wearing a life jacket out on the water —  but they were quickly proven wrong.

And they think this because they only took a quick glance at the Instagram photo below:

Here’s the thing, however:

Tori may be expecting. And she may be sucking down a beverage in this snapshot.

But there’s no alcohol in it.

The TLC personality shared this photo on Tuesday, but immediately shut down her potential critics and haters while doing so.

“Mama drinks (hers is a mocktail, don’t worry),” wrote Tori as a caption to the image, putting an end to any sort of controversy before it can even begin.

In late June, Roloff was forced to delete an Instgram post in which she wrote about her parenting philopshy after some of followers took issue with her thoughts on raising kids and spoiling them.

She continued at the time:

“Just a thought. I really think my generation has made it more important to be their kids’ best friend and not help guide and support their kids with boundaries and structure.

“I know we’re all doing the best we can, but disciplining kiddos is essential to becoming a good citizen, not a taboo. Spoil with love.”

Yes, for someone as sweet and innocent as Tori Roloff, this qualified as polarizing.

Tori and husband Zach confirmed in mid-May that son Jackson was on the verge of getting a sibling.

They also confirmed the gender of this sibling and the time around which she is expected to arrive.

“We are so excited to announce that Jackson is going to be a big brother! We can not wait to meet our sweet baby girl!” they said this spring.

We’ve since learned that the baby is due around Thanksgiving.