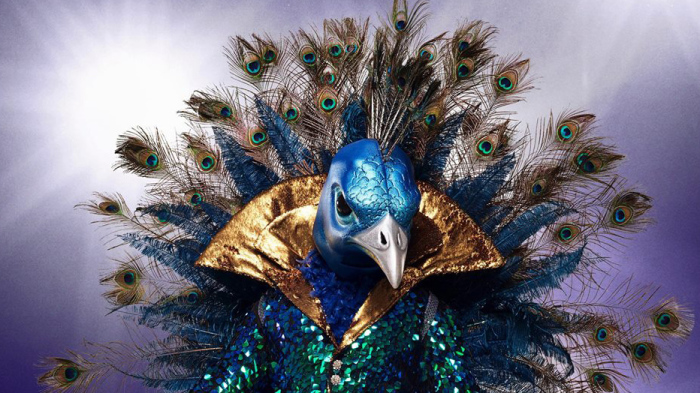 At first glance, Fox’s “The Masked Singer” sure seems like confirmation that TV’s finally strayed too far from the eyes of God and may S/He have mercy on our souls. In the palpably strained words of host Nick Cannon, the competitive singing show’s “not just a whodunnit, it’s a who SUNG it.” Celebrities hide their identities by swaddling themselves in nightmare-fuel animal costumes before singing to please the live crowd and panel of randomly assorted judges, which includes Robin Thicke, Nicole Scherzinger, Ken Jeong, and Jenny “Pop Culture Guru” McCarthy (their words, not mine). Each contestant, the show promises us over and over again, is famous enough that learning the truth of who’s been gyrating to “The Greatest Showman” as a glittery peacock or sliding around Queen’s “Don’t Stop Me Now” in “Monsters Inc.” cosplay will be a satisfying shock.

And yet somehow, at second glance, the show’s far more boring than it has any right to be, given that description. None of the judges have anything substantive to say about the performances (even the worst ones get an enthusiastic “I liked your energy!”) And their “insights” about who could be behind the mask are definitely not worth hearing sporadically throughout the singing; it feels like you’re watching the show next to chatty strangers who are sorely mistaken about how much charm they have to burn. By the time Scherzinger guesses that a contestant who describes herself as “Hollywood royalty” must be Meghan Markle, it’s impossible to tell if she’s making a joke or if she really thinks that the Duchess of Sussex has graced their presence in an elaborate lioness costume.

It didn’t have to be this way. As bears mentioning, “The Masked Singer” is based on South Korea’s “The King of Mask Singer,” which has become a massive hit with an identical format and canny combination of intrigue and spectacle. When promoting the show at this summer’s Television Critics Association tour, in fact, Jeong enthusiastically gushed about his love for the original, which also happens to be his mother’s favorite show.

But so far, the American version is too preoccupied with selling the enormity of the the unmaskings that it doesn’t bother to make sure the rest of the show is particularly interesting at all. (I’d tell you if the weekly unveilings are worth it, but Fox is thus far so paranoid about spoiling the outcome — and so sure that it will be worth the surprise — that even my advanced screeners blurred and bleeped the reveal to death to make sure I’m in the dark as much as anyone.)

And though it runs counter to the entire premise, there is something disappointing in the fact that the show is promising that there’s extreme fame hiding behind each mask. The most compelling singing competitions tend to be those that discover diamonds in the rough. If everyone on this show is (supposedly) already a diamond, there’s just not that much at stake. Plus, despite the impressive efforts of the costuming and backup dancers and all the supposed star power on display, the performances are barely any better just than fine. “The Masked Singer” wants us to trust it, but it forgot to earn our trust first.