TVMaskBest Source for Celebrities News, Movies & TV Shows
HomeTrendingWendy Williams: Only Kevin Hunter Can Save My Show from Cancelation!
Trending

Wendy Williams: Only Kevin Hunter Can Save My Show from Cancelation! 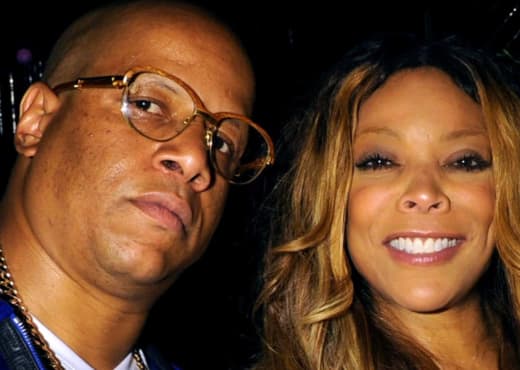 We don’t normally say this, but … poor Wendy Williams has had a hell of a year.

She’s had illness, addiction, a major injury, scandals, multiple hiatuses, an ugly public divorce, and now rumors that her show will be canceled.

Wendy is desperate to stay on the air — and reportedly begging her ex to help her keep her show.

RadarOnline reports that Wendy Williams wants Kevin Hunter back as her business manager.

“She’s begging her husband to come back to save her show,” the insider reveals.

It turns out that she (of course) sees all of the same rumors and reports that the rest of us do.

The source says: “Wendy is reading all the reports about her show ending after next season.”

“She’s hearing her staff is looking for new jobs,” the insider notes.

According to reports, Wendy is definitely returning for Season 11 — though that premiere is weeks away.

The issue is that rumors say that there will be no Season 12.

“She sees Kevin as the solution,” the source says.

Wait, what in the world would she need that cheater for? She’s Wendy Freaking Williams!

The insider explains that Wendy is “deeply insecure about her own success.”

Why does Wendy seem to think that she needs Kevin in order to continue to be a success?

“Kevin was with her from day one,” the source points out.

“She has never made a big successful business decision without him,” the insider reveals.

“And now,” the source says, Wendy “feels everything falling apart.”

Wendy is willing to bend over backwards to keep her career afloat.

“She will do anything to save her show,” the insider affirms.

Even if that means hiring her cheating ex husband despite their very contentious divorce, she’s ready to make that happen.

The source says that she’d consider “even getting back with him.”

Getting back with him professionally, of course.

Now, this report is not confirmed, and the same is true for the reports that came before it.

Wendy herself has openly suggested that the show may not go on forever, but that’s just common sense and knowing how time works.

We can never speak to what may be going on in Wendy’s mind, of course.

But we have to imagine that she has other potential experts at her disposal who are not her ex husband.

Who wants their ex as their business manager? No one. No one at all.

Perhaps this hiatus between seasons will be good for Wendy.

She can continue to relax and get accustomed to her new life without the distraction of the show.

Hopefully, this time will help her to reach a healthy sense of perspective, if she is in need of one.

There is nothing that Kevin Hunter has to offer that she can’t get from another expert in business who has never cheated on her.

Besides — with as much drama as Wendy’s had, it would be bonkers for any network to let her show end any time soon.